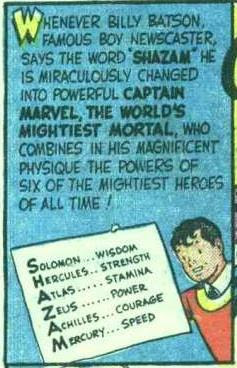 The wizard Shazam gives Billy Batson the powers/abilities of six gods.  Billy gains them by uttering the magically mystic word, "Shazam!" which transforms him into Captain Marvel - the World's Mightiest Mortal!

Hercules is a mythical character known for his great strength.  Hercules was the son of Zeus and a Greek woman named Alcmene.  Unfortunately, Zeus' wife Hera was so upset with Hercules' birth that she sent snakes into his crib to kill him.  Baby Hercules showed his strength by strangling the snakes - even as a baby he was strong!  According to one website, "Hercules was both the most famous hero of ancient times and the most beloved. More stories were told about him than any other hero."  Hercules is also know for his 12 Labors - feats of great strength and heroism that added to his legend.

Here are two examples of Hercules' great strength.  The first example was when he killed the Nemean lion.  The Nemean lion was a mighty creature that seemed all but invulnerable.  Hercules used his mighty strength to catch the lion with his bare hands and strangle the lion to death!  The second example involves none other than Atlas.  According to legend, Hercules once took Atlas' place in holding up the sky for a while!

We understand Hercules is strong, and Captain Marvel gets his strength from Hercules, but just what do we mean by the word 'strength'?  The best understanding of strength is this: Strength is known as a consistent, slow, exertion of force over a period of time.  For example, if you were to bench press, your strength would be tested by completing one full repetition at the heaviest weight that you can handle (Commonly known as “maxing” or “maxing out”).  Strength can also be thought of as raw force.

There are many examples of Captain Marvel's strength that can be seen throughout the pages of his comics, I'll give a few examples.

Captain Marvel Adventures #53 gives us our first two examples.  First, Captain Marvel uses his great strength to repair a gaping hole in a ship, saving the crew from a disaster! 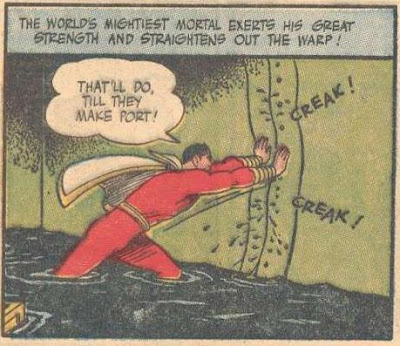 Then, Captain Marvel uses his strength to keep a house from being destroyed by a fierce storm! 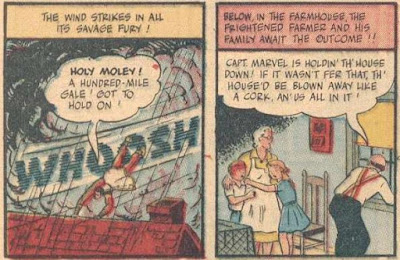 Captain Marvel Adventures #148 gives us our next example.  Here, Captain Marvel rescues the continent of South America that has broken away from North America! 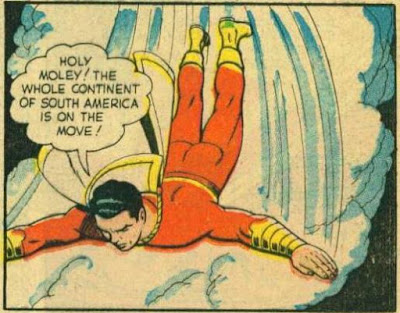 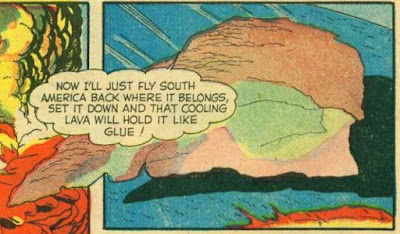 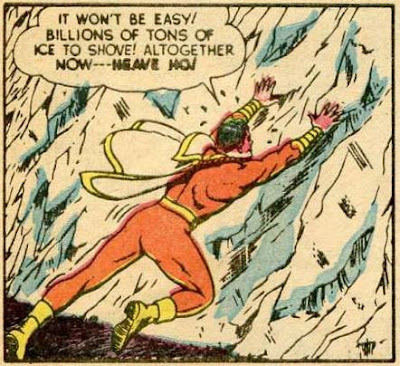