What is grit?  Here are some brief thoughts and definitions that will help frame grit for this article:


Just reading those definitions and quotes make me think that Captain Marvel is truly grit personified!  An example of Captain Marvel's grit is displayed on the pages of Captain Marvel Adventures #78.  Captain Marvel comes up against Mr. Atom who turns out to be one of his toughest foes to fight and defeat.  Captain Marvel not only has to stop the rampaging robot, he also needs to come up with a clever way to incarcerate this atomic ne'er do well!  Cap suffers a short-term set back in his first encounter with Mr. Atom, but his grit allows him to put that aside and come up with a plan to defeat Mr. Atom.  And, by the end of the story, Captain Marvel prevails thanks to his indomitable grit. 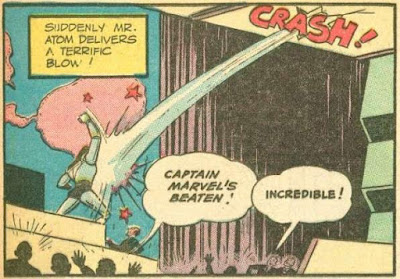 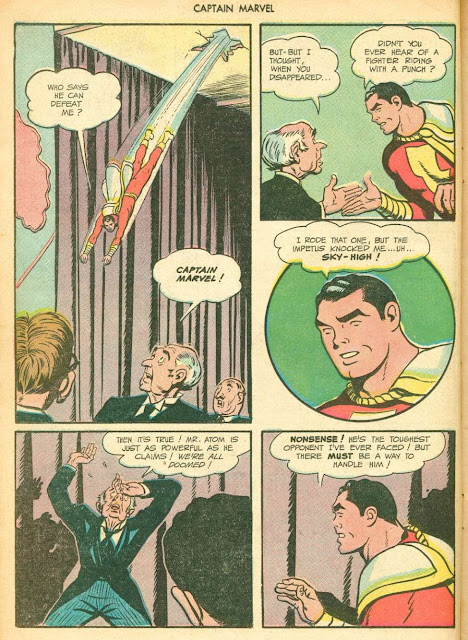 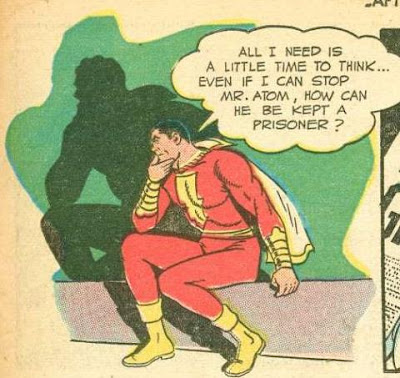 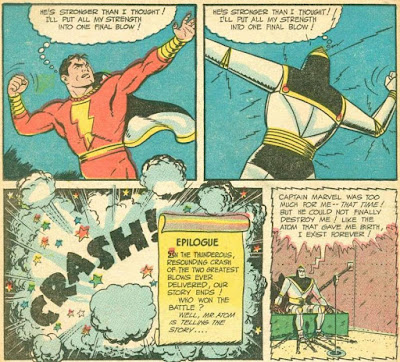 Captain Marvel's grit is clearly seen through his actions in defeating Mr. Atom.  While there are many other examples throughout the pages of Cap's comics, this one stands out to me as the best example.  Captain Marvel is a hero who exemplifies grit, and that's just one more reason he's been my hero and a hero to countless others!